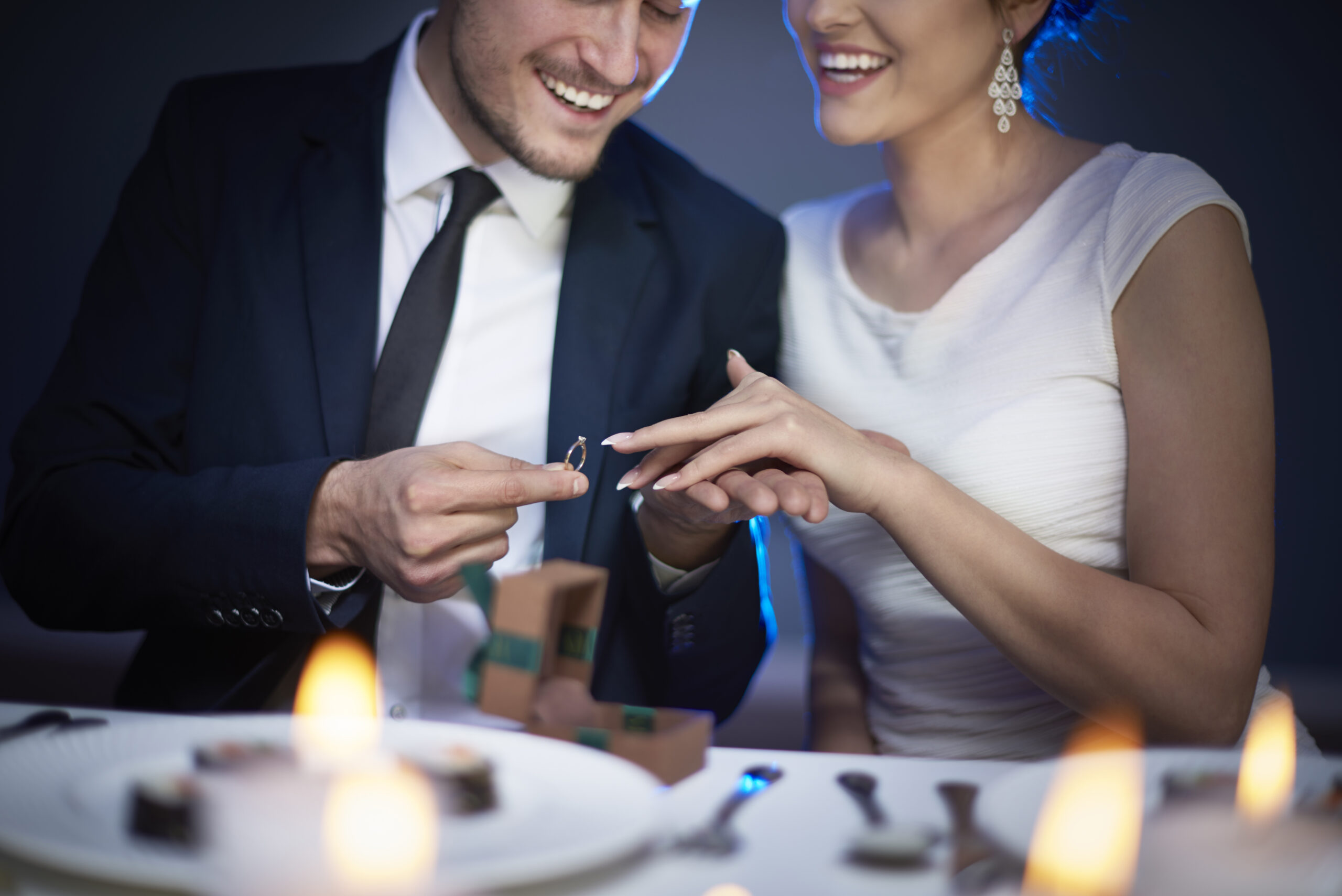 A wedding ring or altar ring is a symbol of marriage bonds, fidelity, and devotion to a partner. Legal spouses wear the wedding ring on their left or right hand, which largely depends on the accepted traditions or religion.

In ancient times, the choice of metal for wedding decorations also played a significant role: only rich people could afford gold, and silver, copper, bronze, or iron were used by poorer people. In the modern world, a silver or gold wedding ring is chosen mainly based on personal preference, clothing style, and material capabilities.

Which hand is the wedding ring on? In Russia and other Orthodox countries, a man puts a wedding ring on a woman’s right hand, but this is not accepted everywhere. In the West, married women are supposed to wear a ring on their left hand (because it is closer to the heart), and divorced or widowed women transfer the jewelry to their right hand. Married men wear the ring in the same way.

Newlyweds put on a wedding ring at the registry office. And if you live in a civil marriage, you can wear rings at the time of deciding to live together. The jewelry symbolizes, if not registered, but the family. Wedding ring on the left hand Once again, let’s clarify the meaning of the ring on the left hand on the ring finger: in this way, the jewelry is worn either by Catholics or divorced/widowed Orthodox. The Catholic religion is very widespread in the world: Americans, Turks, Germans, Italians, French, and representatives of many other nationalities put a wedding ring on a girl’s left hand.

Gypsies quite often wear wedding rings not on their hands at all, but in the form of a pendant on a neck chain In the East, things are different. Koreans, for example, don’t put any deep philosophical meaning into wearing rings, so wedding jewelry can be seen on the right hand, but more often they are found on the left. Wedding ring on the right hand Russians wears a wedding ring on their right hand when they marry or get married.

This is due to the fact that the right hand from time immemorial was considered the right hand, intended for the accomplishment of good, righteous deeds. There can be nothing more correct than uniting a couple into a family, therefore in Orthodoxy, both married men and married women wear a wedding ring on their right hand.

Muslims do not wear a ring on their right ring finger, for them the left hand is considered the traditional marriage hand. Many Muslim men do not wear rings at all, partly due to polygamy, which is common in Islam. In addition, a Muslim cannot wear a gold wedding ring and any jewelry made of gold is haram. Of precious metals, only silver or platinum is allowed. In China, a woman wears a ring on her right hand, and a man on her left: the spouse is considered the keeper of the hearth and the head of the family. But there are also couples in which equality reigns and rings for both on the left hand.

In mixed Chinese marriages with foreigners, wedding jewelry can be worn in different ways. In the event of a divorce, Catholics simply stop wearing the ring; they do not have the custom of changing the traditional left “wedding” hand to the right. The family symbol can “move” to the right hand in three cases: the owner is widowed; the finger on the left hand has become too thick – this is often the case with left-handers; man converted to Orthodoxy.

Which hand to wear a wedding ring?

There is a third type of rings, one way or another associated with the union of a couple – a wedding ring. Wedding and engagement were two completely different rites, respectively, and different rings were provided for them.

The groom’s wedding ring is made of gold, the brides are made of silver. This difference in the materials of performance is due to the personification of Christ by the man and the Church by the woman. Orthodox Christians, observing the traditions of the faith, wear a wedding ring on the ring finger of their left hand: it is believed that an artery leading to the heart goes through this finger.

Another article on this blog that might interests you:

The history of the best engagement rings.